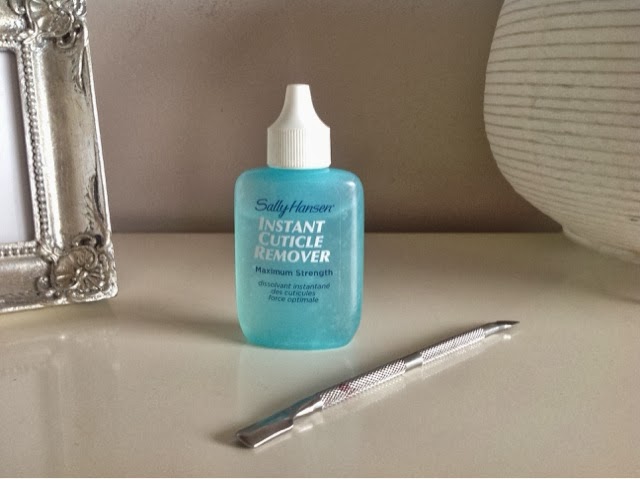 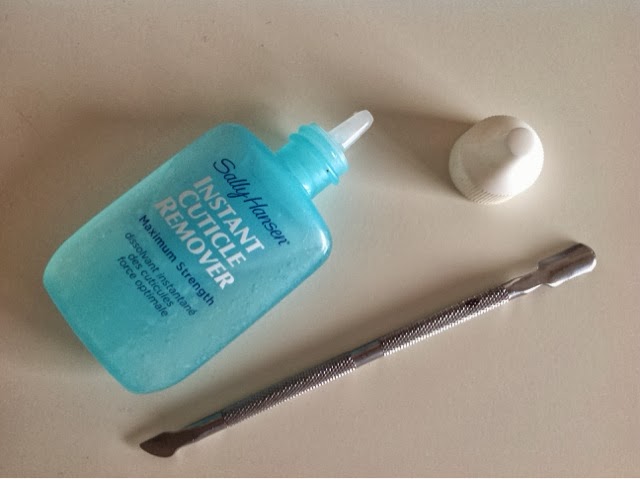 Cuticles are sort of forgotten things that aren’t mentioned a great deal, but the paying attention to them can really make a great difference to your nail health. They are there to protect the delicate cells of the nail plate, preventing dirt and infection from damaging the nail. Cuticles should therefore be treated gently so that damage to the nail plate does not occur. Previously, I have used cuticle scissors (which are probably not the best idea if you don’t know what you are doing!) and various creams to remove my cuticles which I have thought to have done an ok job, but nothing compare to the magic of this little beauty!

The Sally Hansen Instant Cuticle Remover Maximum Strength is an amazing product for removing those pesky cuticles gently and effectively. It is a clear gel formula that when applied to the cuticle, actually dissolves it, allowing the skin to be removed. You literally dispense a small amount of the gel onto the cuticle, rub it in and wait for 15 seconds…that is all! The excess skin (or cuticle!) can then be pushed back with a cuticle pusher or manicure stick. I found this metal one that I found on ebay for about £1 works really well.

It is amazing that it works so quickly and gently, leaving the nails well groomed and healthy. Even if you do not paint your nails, I think it is an important step for the appearance of your nails and to prevent cuticle problems. I have also used it on my husbands’ stubborn dry cuticles and it works a treat! I bought this from Boots about 6 months ago, but it doesn’t appear to be on their website for some reason. You can definitely buy it in store though, however I have just found it on Amazon for only £2.99, which more than half the price I paid! Bargain!