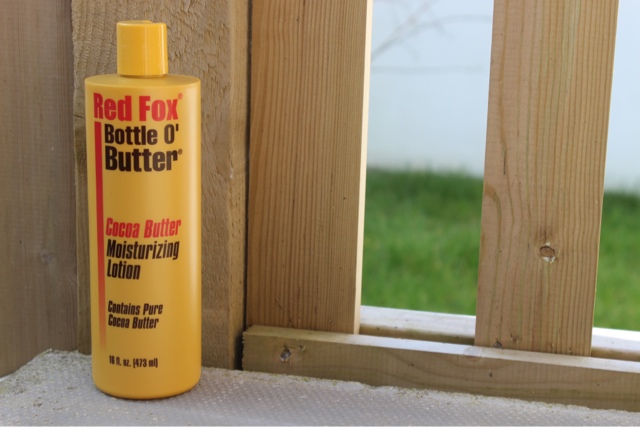 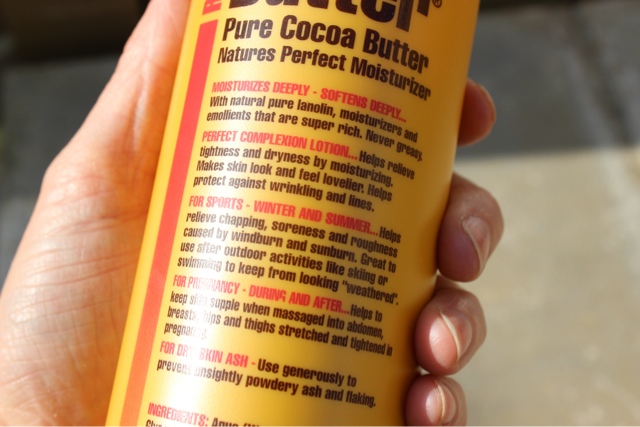 A while ago on Twitter, I asked for recommendations for cheap body lotions and my lovely cousin recommended me the Red Fox Bottle O’Butter Cocoa Butter Moisturising Lotion…ever heard of it? Nope, me neither! I promptly googled it and found it on Amazon for only £1.76 (& £1.94 p&p) for a massive 473ml, which has got to be the bargain of the century! There were a few mixed reviews, so wasn’t sure what to expect, but thought for that price who cares if it’s rubbish?!

I needn’t have worried as this is seriously lovely stuff! It is like a lighter version of The Body Shop Body Butters, which are my all time favourite body product, and I really enjoyed being able to squeeze it out of a bottle instead of scooping it out of a pot, far easier! The scent is Cocoa Butter which I am not usually a big fan of, but this is lighter than the likes of Palmer’s, and is not overpowering at all. I apply body butter/lotion every morning when I come out of the shower so my skin, although dry, may be a little damp at times when I apply it. This did take a little longer than normal to rub into my skin and didn’t seem to absorb so quickly as The Body Shop’s for example. However, it is not greasy at all and contains lanolin and super rich emollients that leaves my skin lovely and soft. I have been using it for a few weeks now and have been enjoying the results of deeply moisturised skin without any dry patches to report! It can be used for a number of things, such as an after sun, for wind burn as well as during and after pregnancy to keep skin supple. It also says that it can be used for the complexion, although I wouldn’t really advise this as it contains mineral oil in it’s ingredients, so would more than likely clog pores. I found it fine for use on the body though, without any adverse reactions which I am usually quite prone to!

A great body moisturiser at a great, affordable price. Buy it from Amazon here.

I also have a little giveaway running until 18th April 2014 to win a KIKO Nail Travel Case and an Essie Polish of your choice! Enter here.