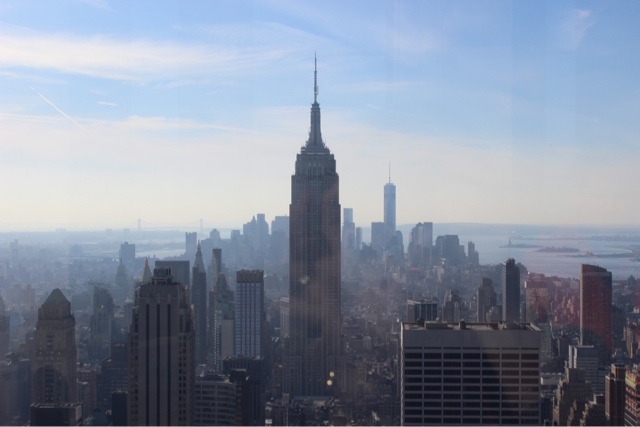 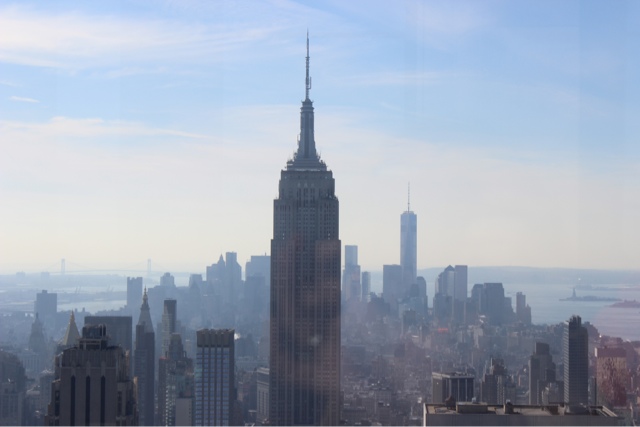 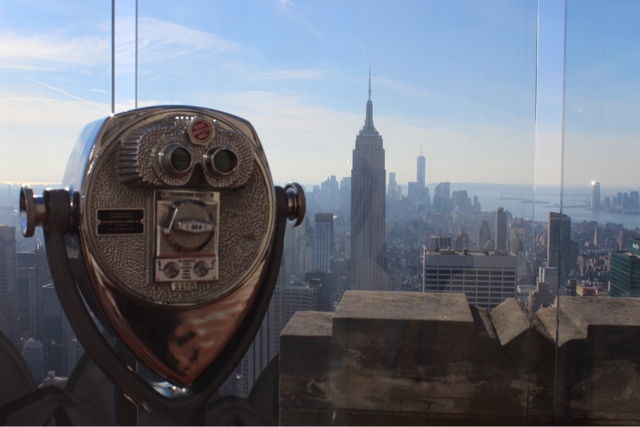 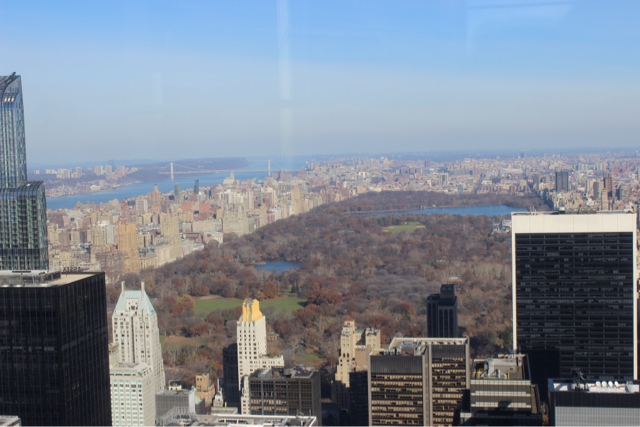 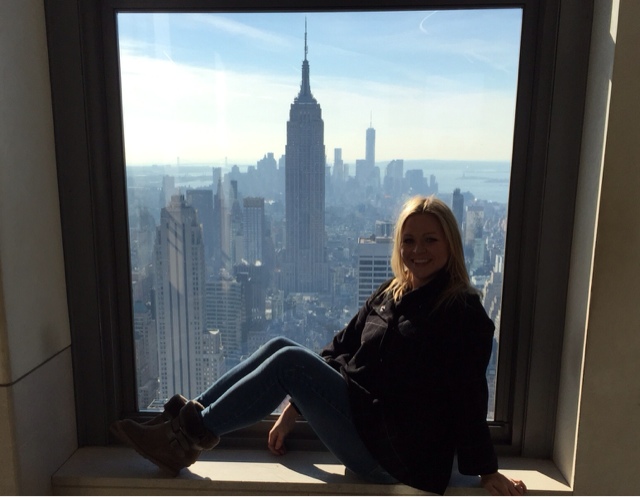 Having lived in New York for nearly six months now, the one thing that I have been meaning to do is go to the Top of the Rock (Rockefeller Centre) to see the best views over NYC. My friends have been visiting this week from the UK which has been amazing, but the weather hasn’t been particularly good. However, on Thursday the sun was shining so we decided to get tickets and take the journey to the observation deck.

The views were absolutely breathtaking, I was really taken back by the sights. On one side you get the views uptown over Central Park, which lets you realise the enormity of the park in the middle of the city, it spans about 50 blocks! On the other side you get the most amazing view downtown over Manhattan with the Empire State Building right in front of you. This was magnificent, and because it was such a clear day, we even got a glimpse of the Statue of Liberty in the distance! 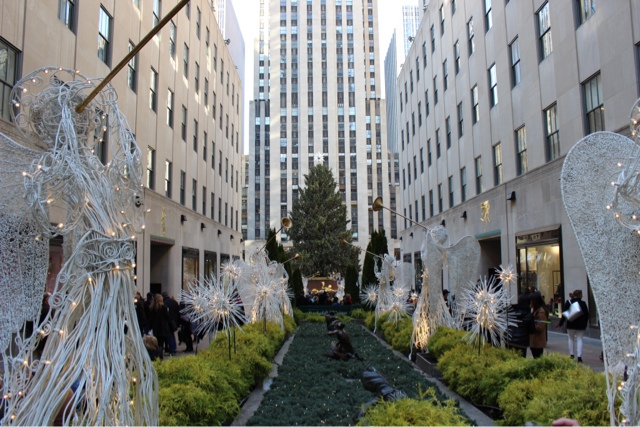 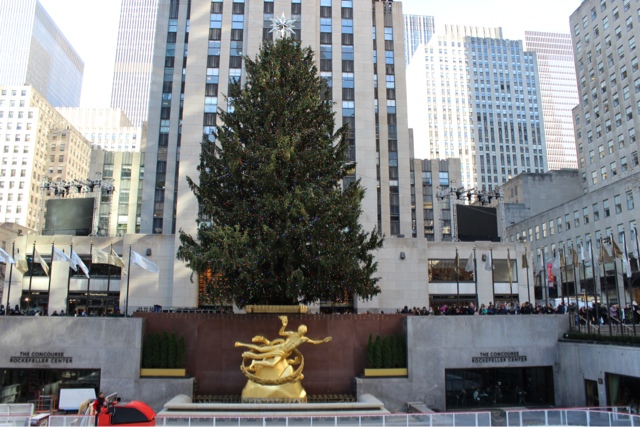 Also the famous annual lighting of the Christmas tree happened the night before, so it was lovely to see the tree and the pathway of beautiful angels which leads up to the ice rink in front of the Rockefeller Centre. It was daylight when we visited, so I am looking forward to revisiting it at night for a truely festive experience.