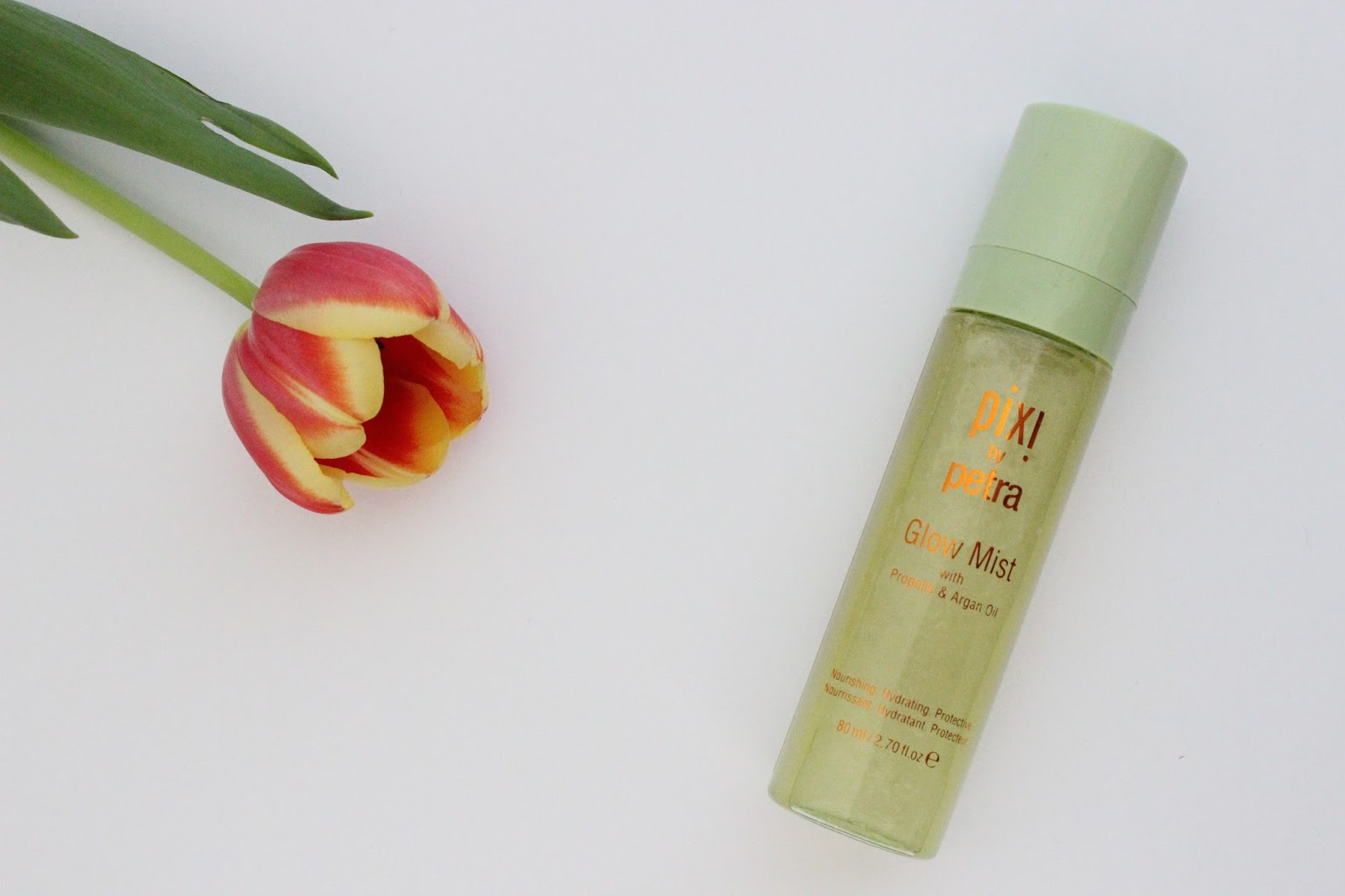 I am a huge fan of the Pixi Glow Tonic, it really has improved my skin tone by making it smoother, brighter and generally more radiant. I am currently on my fourth bottle of this elixir, so when I saw the Pixi Glow Mist had recently launched, I knew I had to give it a go! As an avid user of face mists (post here), I probably don’t need another (especially after my recent Serozinc purchase!), but I do use them on a daily basis so they get used up and was excited to see how this one compared.

The Pixi Glow Mist contains 13 natural oils, plus propolis, aloe vera and fruit extracts for a glowing, luminous and smooth complexion. It can be used before make up to hydrate, protect and nourish; after make up to set and add a dewy finish; or as a refresher any time of the day. It comes in a clear 80ml/2.7fl.oz. bottle with a rather clunky pump. The pump is the least favorite of any face mist I have tried, however it does actually deliver a fine mist which dispenses enough product in a couple of pumps without drowning the face. I am going to look past the pump though as it is the product inside which really warrants the review! 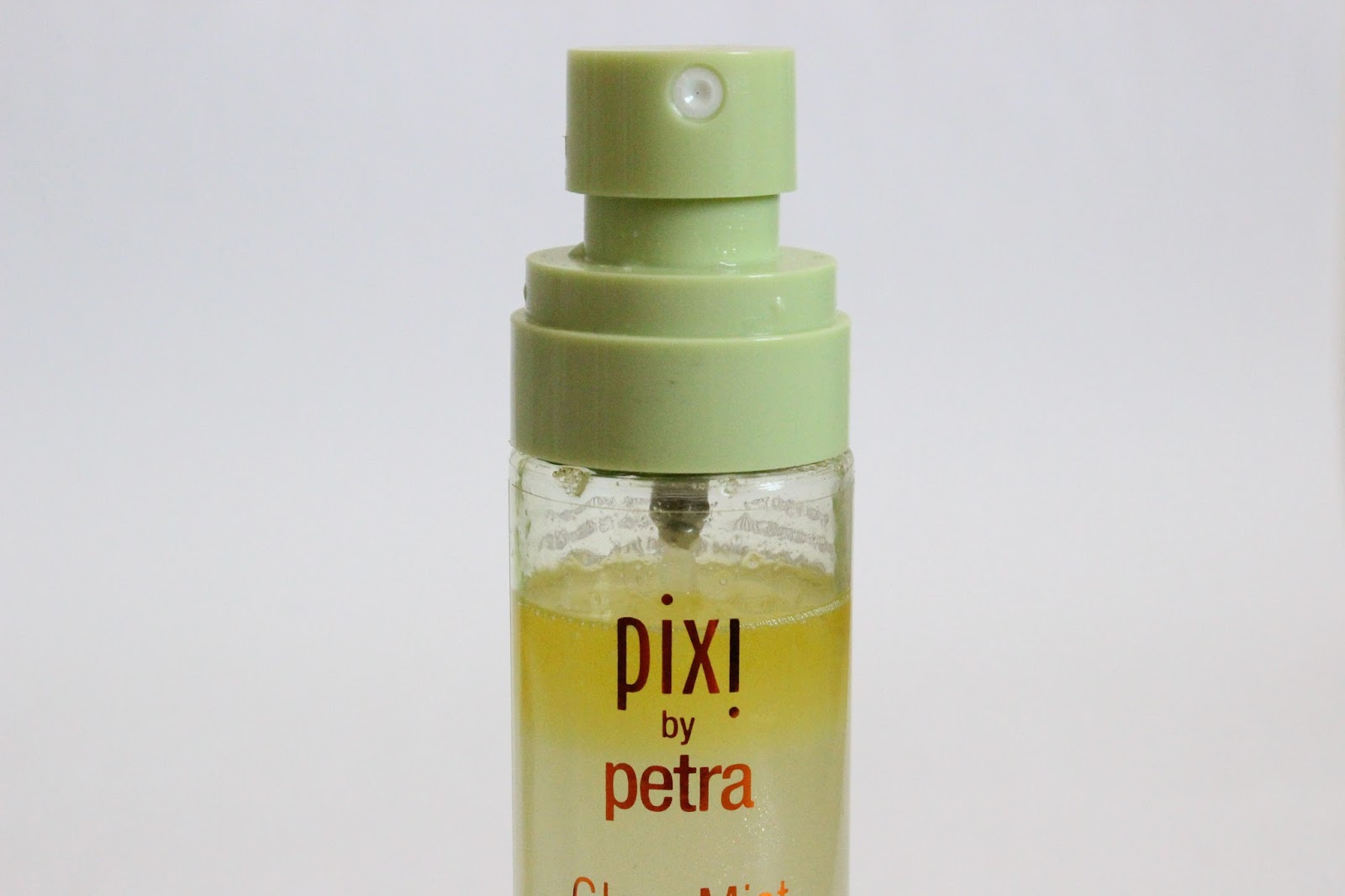 The combination of the oils in the Pixi Glow Mist smells divine, it is citrusy and very uplifting and for that reason I love this mist in the same respect as the Caudalie Beauty Elixir, as a pick-me-up throughout the day. I have been keeping this one on my desk and refreshing my skin when I am feeling a little lack lustre. Because the mist is so fine, it revives rather than ruins your make up and is great to give a boost to the face and mind.

Personally I don’t find as hydrating as some other mists such as the Boscia or Liz Earle offerings, so I don’t think I would add it to my skincare routine. It is however, great for adding dew to the face especially if you have been a bit heavy handed with the setting powder. Even though I wouldn’t say it prolongs the wear of your make up, it is perfect for adding a subtle glow!

Will you be trying Pixi Glow Tonic?