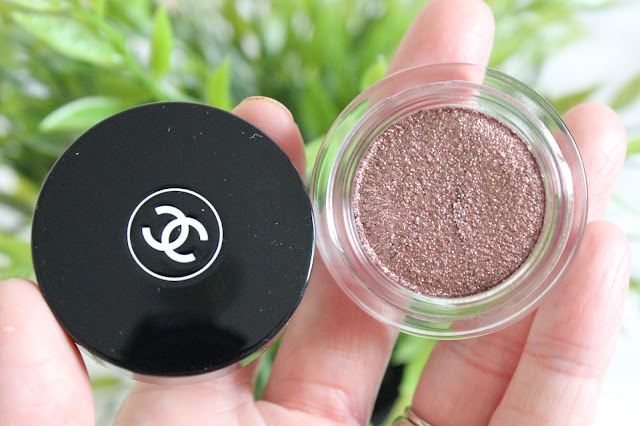 I have never tried Chanel Illusion D’Ombre eyeshadows before, but recently I have been really getting into and enjoying wearing cream eyeshadows. The shade New Moon was a limited edition shade last year and I remember lusting after it, but I think it sold out super quickly so quickly went off my radar. When I saw it had be re-released this year, I snapped it up as soon as I could as it looked like such a beautiful unique color. 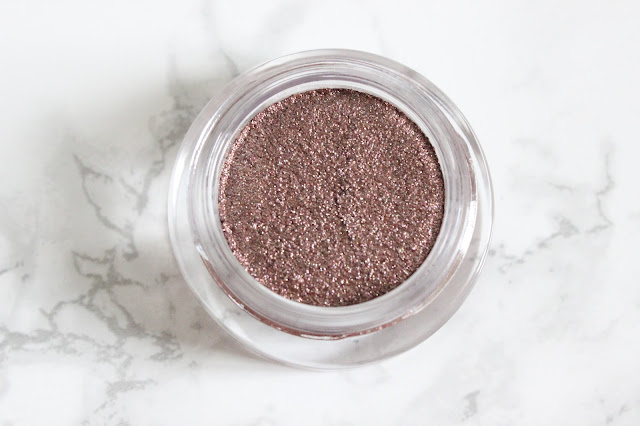 New Moon is quite a hard shade to work out, but to me it is a bronzy rosy brown containing purple, silver and gold micro-glitter. It is very glittery which I think is why it is hard to determine the color of the shadow. Personally it is a touch too glittery for me on a day-to-day basis, that said the glitter is very fine and the eyeshadow itself still has a very smooth texture, so doesn’t appear as chunks of glitter, call it sophisticated glitter if you will! The color of the shadow itself is really beautiful, and the reddish bronze tones in it make it a great transitional color as we go from summer to fall, suiting both seasons. 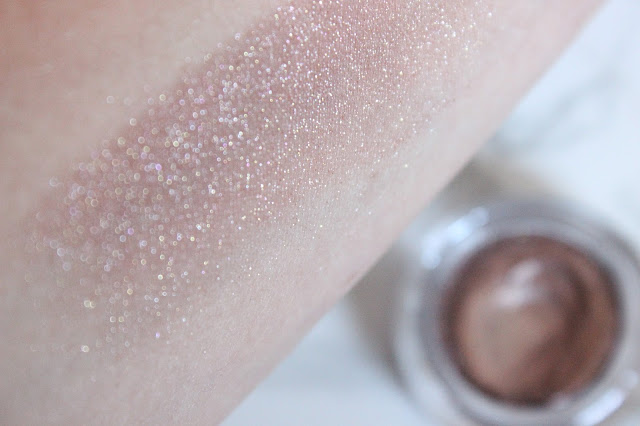 It applies best applied with the fingers and gently buffed out with a blending brush to get the true depth of color, as when I applied it just with a brush, the color did look a bit washed out and too glittery. Even though there are hints of red and purple in this shadow, it still looks fairly neutral and bronzy on the eye that I find compliments my green eyes well. It can be worn alone or over shadow for a more intense look, which is my preferred way of wearing it. I think this is a very interesting shade that will be great for more autumnal and wintery looks, more for the evening because of the glitter, but this is just personal preference.

The texture of the Chanel Illusion D’Ombre is soft and bouncy to the touch, making it easy to apply and blend and is fairly long-wearing without too much creasing. I would definitely recommend taking a look at this shade if you are a fan of cream shadows, however it you do not like glitter than it may be one that you want to avoid.