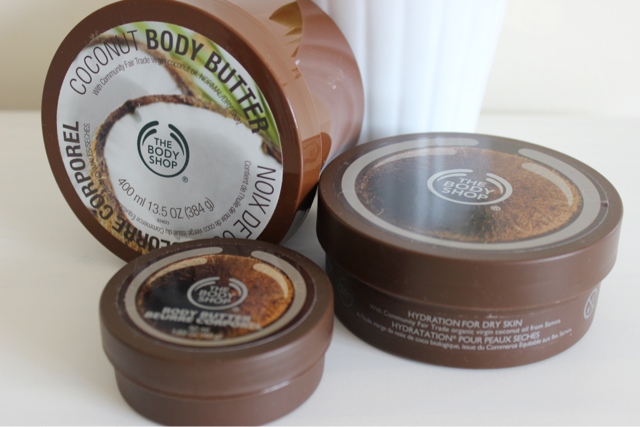 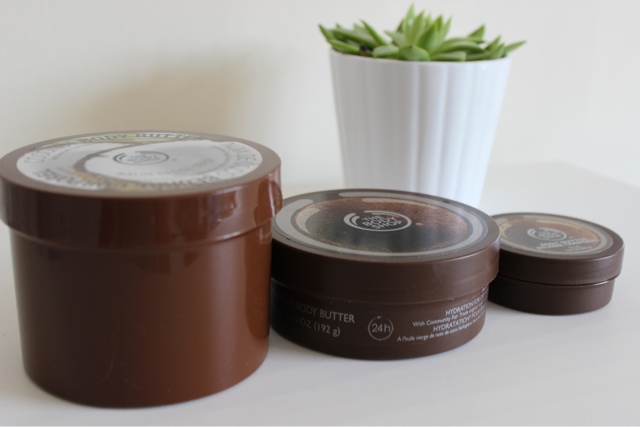 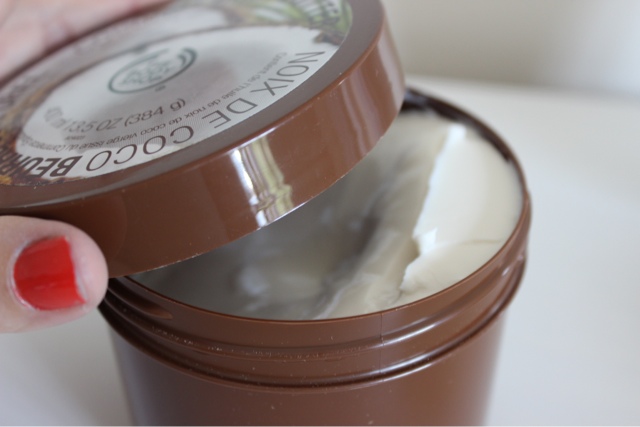 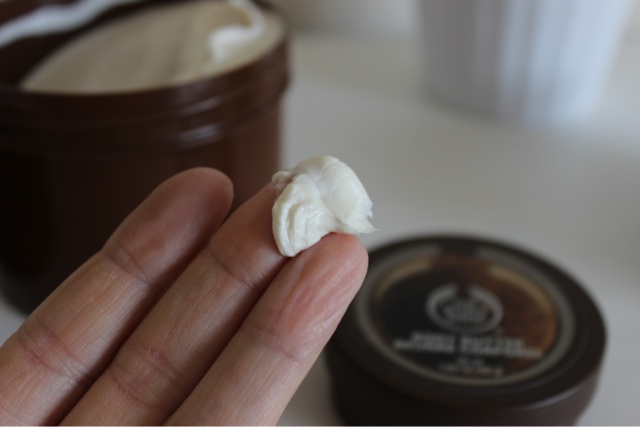 Ok, I admit it I have an addiction! I have been using The Body Shop Body Butters for years now, and although I do try other products now and again, I always come back to these as they are the ultimate in body moisturising. When I moved to the States, I was worried that they might be hard to get hold of but it was not a problem at all, I just signed up to the website, (which I strongly advise you do in both the US and UK as you get the best deals and discounts) and was good to go. The prices are pretty similar in both countries, but I had a code for 50% off bath and body products so had to stock up!

As you can see from the pictures, my favourite is Coconut, especially during the summer. There is something about it that sends you to a tropical paradise and I am officially obsessed. I have tried quite a few but this and the mango one are my favourites! I usually by the standard size, but indulged in the jumbo pot which was only $15 (£9) with discount code. I also bought a travel size too for when I am away from home…told you I was obsessed!

It has a very thick consistancy but you needn’t worry about spending ages rubbing it into the skin as it is absorbed very quickly once applied, leaving the skin smelling wonderful. The results though are the best, leaving the skin extremely smooth and soft, nothing can compare. I get quite dry knees which are apparant when I use other lotions, but this sorts them right out. I also always take a tub of this on holiday too and use as my ‘after sun’ as I find that it does a far superior job at moisturising and nourishing the skin after a day in the sun compared to some of the greasy lotions I have used in the past. I think I will continue to buy these forever!

Have you tried Body Shop Body Butters? Which is your favourite scent?